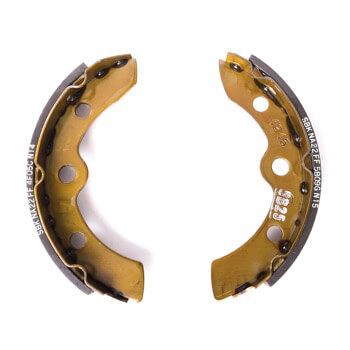 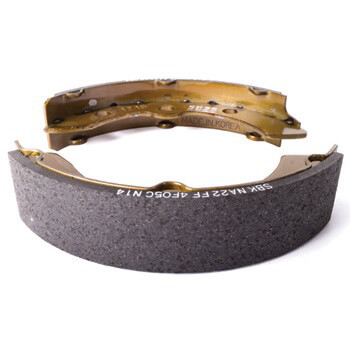 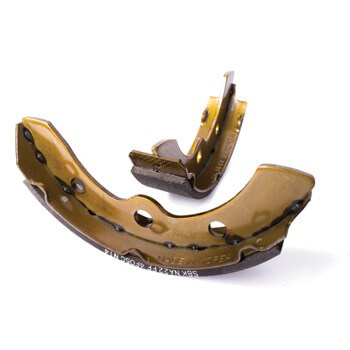 Picture this, you cruise up to your kid's school at pick-up time. There's already a line of several cars and golf carts waiting to get their precious bundles of joy the moment they burst out of the door. You pull up to join the line of responsible parents, and as you apply the brakes, they let an ungodly squeal. This tell-tale noise could only be that of a metal shoe scraping on a metal drum with no pad left at all. Left unfixed, the noise is the least of your concerns. As time progresses, your ability to stop will be significantly hampered until it's no longer safe to drive. Do yourself a favor; the first time you hear your brakes, order a Set Of (2) Brake Shoes or two and stay safe.This specific Set Of two Brake Shoes fits a variety of different carts. Club Car, EZGO, and Yamaha all have models that use this style. From the 1980s to the 2000s, if it ain't broke, don't fix it. But if it is, shop BuggiesUnlimted.com.