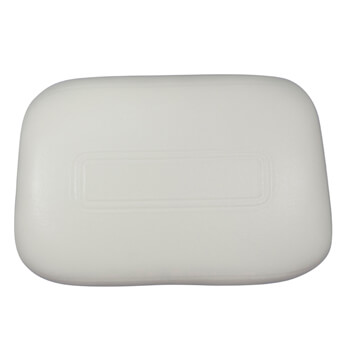 Club Car made a pivotal change to the DS model in the year 2000. Before that model, all carts ran a three-piece seat system. What that indicates are two separate seatbacks and a single seat bottom. On the newer models, they converted to a two-piece setup with a single seatback. This change and a few others led to a generation one class of carts before 2000 and a generation two, including all of the newer golf carts. The Club Car DS White Seat Back Assembly is for that older group of carts and is a two-piece upper seat. You can use it on either the passenger or driver side, just not as a seat bottom or on any newer DS's.This vinyl seat back assembly comes in white, and it includes the wood, foam, and vinyl cover wholly assembled. Do not toss the originals because the plastic rear cover and hardware are not included. Our seat backs measure 16" x 11" x 5" and they fit 1979-1999 Club Car DS models. These are the generation one models, they have two separate seatbacks. Call Buggies Unlimited and get one today.