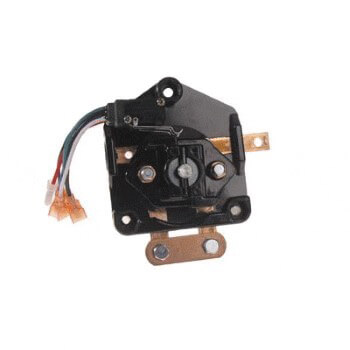 On a series golf cart, your controller still servers a vital purpose, but it is not doing nearly as much as some of the newer ones on the shunt-powered caddies. On the newer coaches, the brain box handles pretty much everything. It sends and receives all activations, provides power to the motor, and even flops the polarity. The controller relied on several other items to get what it needed to run on the older series systems. All it was doing was sending power to the motor, so if you wanted to run in a different direction, you would need a Club Car Forward and Reverse Switch. This copper contacted relay would change the way power flowed to the motor depending on how it was positioned.This golf cart switch is not difficult to install. It is located under the seat and has six to eight large cables running to it and some smaller wires for micro switches. Ask your rep at Buggies Unlimited to include a Club Car OEM service manual consisting of diagrams.